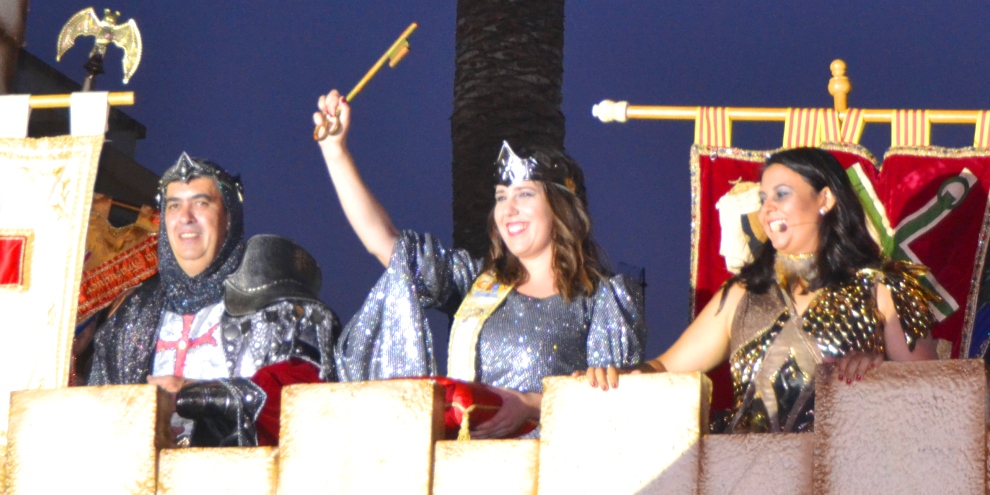 The reconquista began within a decade of the Umayyad invasion with the Battle of Covadonga and concluded with the surrender to Granada in January 1492 to the forces of Ferdinand and Isabella, the ‘Catholic Monarchs’ who would create the foundations for the nation state of Spain.

The surrender of Granada brought an end to Muslim rule of the Iberia peninsular which last 781 years. In Xàbia, it lasts just 24 hours as Christian forces gather on the pebble beach to face off against the defiant Moors on the promenade, keen to defend the castle which they took the previous day. Don’t forget your ear plugs as a gun battle will ensue, the gunners urged on by their respective sides. Look out for the cannon of Filà Almoradins; its thunderous roar makes more that onlookers jump!

Gradually the Moors are pushed back up the steps in a finely choreographed move. Like the previous day, the Moors and Christians take their places opposite each other of the square and cheer on their side in the ensuing battle for the castle. Up on the battlements, the ambassador and the Moorish standard-bearer have already taken their place.

There is another exchange of words; the Muslims don’t want to leave, the Christians want their castle back. There’s another battle, a bit longer, it could go either way. But ultimately the Christian troops are successfully, the key to the castle is handed back and the flag of the half-crescent moon is flung dramatically from its battlements – Xàbia es Cristiano! Jávea is Christian!

Once again, there is a procession of all the filaes as they leave the square. Familiar marches fill the air as the Christians take pride in the fact that they’ve re-taken the castle and the reconquista is successful.