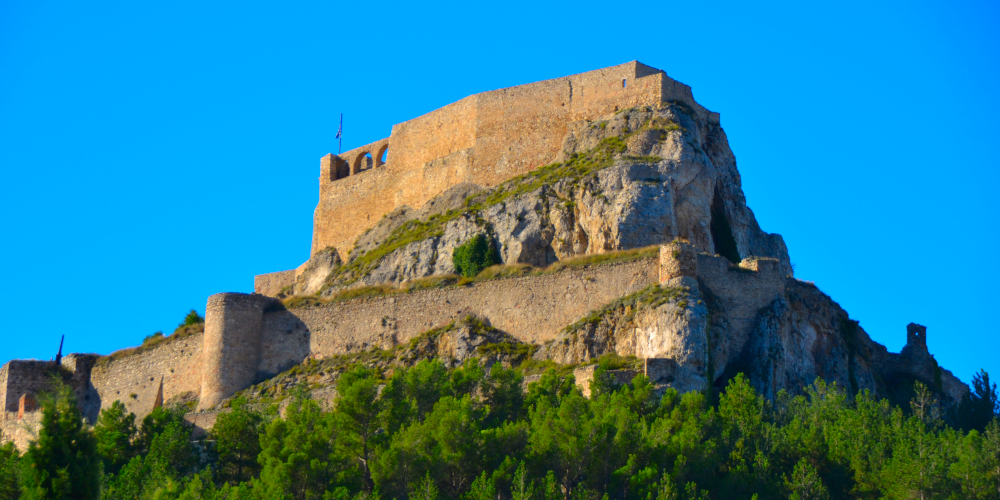 Xàbia is a wonderful place to explore. However, it is also a great base to explore the region, either as a fun day out for all the family, or as a longer weekend away for a celebration or just simply to enjoy what Spain has to offer. These are our experiences; they give you an idea to go away and create your own.

There are a number of great options for days out within just a short drive of Xàbia, including many that will keep the whole family entertained, whether it be the fantastic gardens of L’Albarda, the bustle of the cities of Alicante and Valencia, the ancient hidden villages of the valleys, or the excitement of the parks of Benidorm.

Biar is a typical inland town in the Valencian region, a collection of narrow streets, steep staircases and delightful architecture nestling beneath an ancient castle that dominates the surrounding landscape. The castle’s lofty position, ringed by the houses of the old town, has made the view from the nearby sanctuary one of the most photographed and is extensively used by tourism agencies to promote this part of the country.

This spectacular winery surrounded by 3,500 hectares of vines has all the hallmarks of an old estate that has passed through the hands of several generations, but we were surprised to discover that it has only been operating just a couple of decades. It’s worth a trip down the motorway to experience its very professional tour and sample some of its very palatable wines.

A WEEKEND IN SAGUNTO

Sagunto lies some 25 kilometres north of Valencia, a historic town that boasts a fascinating history, with links to Hannibal and the war between Carthage and Rome as well as the Spain’s national hero El Cid. Sights to explore and enjoy include the sprawling remains of the castle on top of the hill above the town, the partly-restored Roman theatre, the Gothic architecture and the old Jewish quarter.

A WEEKEND IN CHULILLA

Chulilla lies some 50 kilometres inland of Valencia, one of the Valencian Community’s most beautiful villages, and one of the perfect centres for exploring history, enjoying the natural landscapes, and testing yourself with some of the finest climbs in Spain. It is perhaps most famous for its hanging bridges – Los Puentes Colgantes – and the Charco Azul as well as the castle that sits on a high bluff above the village.

A WEEKEND IN VILLENA

Villena lies some 45 kilometres inland from Alicante in the region of Alto Vinalopó, a natural frontier between the Castilian plateau and the Levante coast and part of the renowned Alicante Wine Route. It’s most famous for its treasure, its stunning castle, and the Moors & Christians festival, one of the oldest in Spain.

A WEEKEND IN MORELLA

Morella lies in the very north of the Comunidad Valenciana, some 50 kilometres inland from Vinaròs, and just 12 kilometres from the border with Catalunya. It is an ancient walled town built on a strategic rise between the plains of the river Ebro to the north and the coastal plains of Valencian to the south.

A WEEKEND IN TERUEL

Teruel lies in the south of the autonomous community of Aragón, a city of around 35,600 inhabitants, making it the least populated provincial capital in Spain. At over 900 metres above sea level, it is also one of the most remote but it has a fascinating history stretching back more than 800 years with some of the finest Mudejar architecture to be found.

It’s a city which they say “hangs in your memory”, an ancient settlement that has literally grown into the cliffs along the river Júcar, the famous hanging houses dangling high above the gorge. It’s also another of the supposed resting places of the Holy Grail and the base for the National Abstract Art Museum. And just a short drive north of the city are the bizarre rock formations of the Ciudad Encantada.

The information given in these articles are based on our own experiences at the time of visiting. Details may be subject to change over time and we appreciate any updates to help improve the article.

A road trip through the fertile valley from Senija to Castell de Castells, exploring the villages of the Gorgos and then returning via Coll de Rates for a panoramic view of the entire valley.

A weekend tour of the castles of the province of Alicante, including Novelda, Elda, Petrer, Villena, Biar, Sax and Bayneres de Mariola.