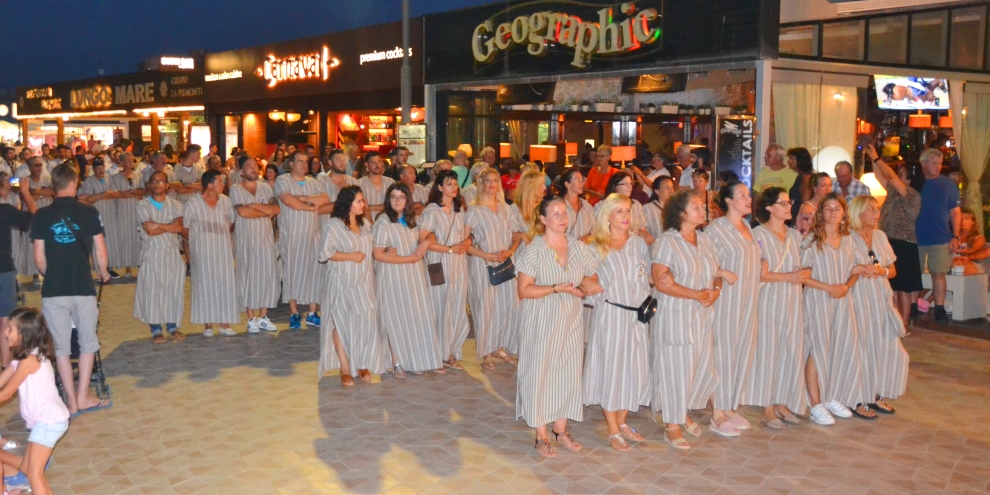 Music is an integral part of the Moors & Christians fiesta and on the Sunday following the opening ceremony, it is the turn of the musicians to take centre stage. It is normally performed by the musicians of the band of the Centre Artistic Musical de Xàbia who play ten or so classic Moors & Christians marches, many of which will be heard during the gala parades at the end of the week, and many of which will be directed by the composers themselves, such as Mario Roig Vila who composed the Moorish march ‘Moro de Plata‘ and Saul Gómez Soler amongst others.

It’s a popular event and seating is provided, although on a ‘first-come, first-served’ basis so you have to be fairly on the ball to claim a seat. The event includes the ubiquitous presentation of photos / certificates / plaques and always ends with a rousing rendition of the pasdoble ‘Xàbia‘ during which audience participation is expected and encouraged. The event demonstrates once again the huge musical talent we have in Xàbia.

Since 2016, the filaes of the Moors & Christians have paraded one evening along the promenade on the Arenal beach, a tradition that was resurrected a long hiatus.

The parade runs the entire length of Paseo del Tenista David Ferrer from the car-park end to the Fontana end where there are snacks and drinks for the participants but also an opportunity for members of the public to get up close and personal with their favourite fila for photos.