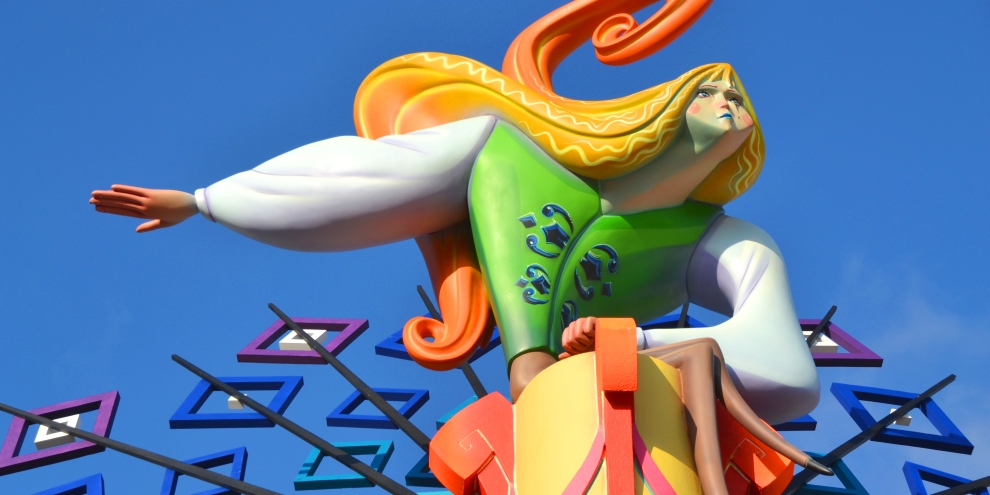 The Fogueres de Sant Joan is our favourite fiesta of the year so javeamigos.com hopes to be able to make things a little clearer so that more people can enjoy this special occasion.

Midsummer celebrations have been around for thousands of years ever since our ancestors lit bonfires to ward off the evil spirits that were said to roam freely once the sun began its journey back southwards and the nights began to lengthen. It is thought that their origins are linked to the ancient Roman festival of Saturnalia which was adapted by those living around the central Pyrenees, the valleys of Andorra and Catalonia as well as Aragon and Valencia. Enduring time and social evolution, these traditions continue to uphold a central theme: the ancient custom of lighting fires to prolong the light through the night to the following dawn. As in most cases of ancient traditions across Europe, these midsummer pagan rituals were Christianized and adapted to become a celebration of the birth of St. John the Baptist (San Juan Bautista in Castellano; Sant Joan Baptista in Valenciano).

For Jávea, the origin of the modern celebrations of San Juan stretches back to 1950. The fiestas took place between the 18 and 24 June with a varied and familiar programme that included Valencian pilota with some of the best players of the time, bulls which were released throughout the narrow streets of the historic centre, live music and dancing to local bands, parades, the noisy ‘desperta‘, the float parade, mascleta, fireworks and the traditional burning of the Fogueras, the main one of which was installed in the Placeta del Convent whilst the junior bonfire was in the church square. Maria Teresa Calzada Rubio was elected as the town’s first ever Foguera Queen with Gerttrudis Tena Sendra as the first junior queen. Although the devastating flood of 1957 almost ended them before they really had a chance to get going, the efforts of the likes of Vicente de Gràcia, who built most of the ‘fogueras’ between 1950 and 1967, ensured that the fiesta continued and grew to become the major fiesta of the town.

The modern format was first developed in 1984 with the introduction of the “quintà” as the main protagonists of the celebrations. At the time, the future of the fiesta was looking bleak after a wholesale resignation of the Commission which was responsible for organising the festivities and the Council called on all those born in 1965 and who would be celebrating their 18th birthday to create a Joint Committe and take on the role. This quintà was called “La Rebolica” – and it remains today – and from its headquarters in the basement in the building of what is now the municipal library, they elected Tere Andres Cardona as Foguera Queen and Charo Torres Espasa as Xabiera Queen.

The following year, 1985, the position of councillor for fiestas was created and Rafael Bisquert Vidal was the first holder of the role. In 1993, an association of penyas was created as their role began bigger and bigger in the resurgence of the celebrations.

Now the festivities are similar to those celebrated by the city of Valencia and other towns, which welcome the arrival of spring with the Fallas of San José in March.

So what happens during these two weeks of festivities? We’ve split this special event, undoubtedly the biggest party of the year in Xàbia, into several categories to help.