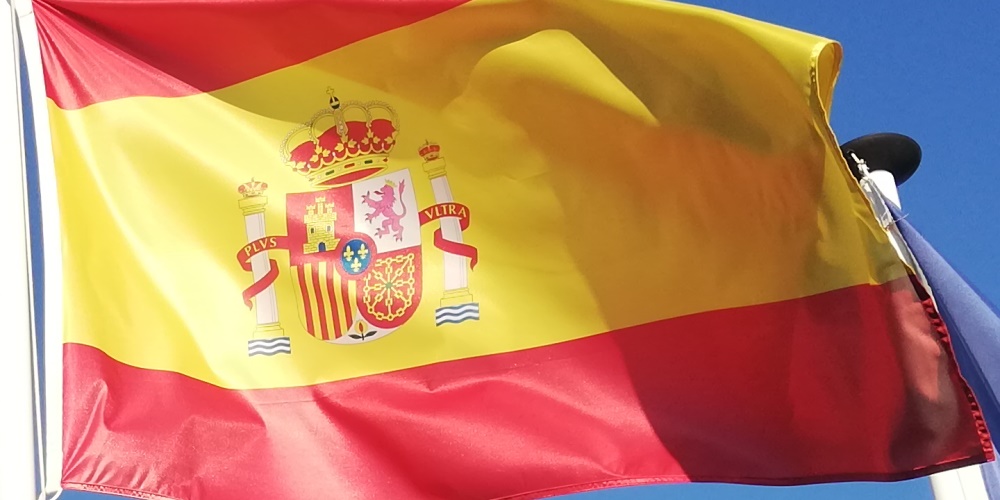 1. Spain came into existence as a unified country in 1715 when the Nueva Planta decrees effectively created Spanish as a nationality, abolishing internal borders between the old kingdoms and establishing Castilian as the language of government.

2. Spain has four official languages: Castilian, Catalan, Basque and Galician. There are also several variants such as Balearic and Valencian. Spanish is the second most widely spoken language in the world after Mandarin with around 470 million people speaking it as their first language.

3. Spain introduced chocolate to Europe when Spaniards brought the cacao fruit from the New World in the early 16th century. Sweetened with sugar cane, it became a popular drink with Spanish society and it was once said that “chocolate is to the Spanish what tea is to the English”.

4. The geographical centre of Spain is the Puerto del Sol in Madrid which is where thousands of Spanish gather on December 31 to count down to the New Year. The capital was established in the early 17th century during the reign of Gelope III due to its strategic position at the centre of the Iberian peninsula.

6. Spain is the biggest producer of olive oil in the world, accounting for some 44% of global production each year, twice as much as Italy and four times as much as Greece. Some of the oldest olive trees in the world still grow in Spain and the oldest of them all grows in Tarragona and is said to be over 2,000 years old.

7. Calimocho is a popular drink to enjoy during fiestas in Spain. It emerged during the 1970s supposedly when fiesta organisers in Algorta found that 2,000 litres of red wine they had bought was spoiled and so to hide the bad taste they mixed it with coca cola in equal parts. A legend was born.

8. Many foreigners will consider paella to be the national dish of Spain but the Spaniards themselves see it as a Valencian dish. Due to its diverse regional variations, it’s difficult to determine a national dish but the tortilla española could make a decent claim, eaten across the country as a tapas, main dish or even in a sandwich.

9. The Christmas National Lottery – of which the first prize is known as El Gordo – is the world’s biggest in terms of payout so it’s no surprise that almost three-quarters of Spaniards aged between 18 and 75 participate. The draw takes place on the morning of December 22nd and the numbers and associated prizes are sung by the pupils of Madrid’s San Ildefenso school.

10. The Spanish National Anthem – the Marcha Real – is one of only four in the world that has no official words. It was composed in 1761 as a military march for the Spanish infantry before Carlos III declared it as the official march of Spain, which would eventually become the national anthem.

11. When a child loses a baby tooth in Spain, they will be anticipating the arrival of the famous mouse Ratoncito Pérez. Much like the tooth fairy, the tooth is placed under the child’s pillow and during the night, the mouse will come and remove it in exchange for a gift. His career as a tooth dealer dates back to 1894 when Spanish writer Luis Coloma was commissioned to write a tale for the young king Alfonso XIII.

12. Spain once governed over the first truly global empire and one of the largest in history, controlling territories across the world from the Americas to the Philippines which made it one of the richest countries in the world. It was known as “the empire on which the sun never sets” (“el imperio donde nunca se pone el sol“) and reached its peak in the 18th century.

13. Spain is the only European country to have a land border with an African country, due to its possession of the enclaves of Ceuta and Melilla, located on the northern coast of the African continent which border Morocco.

14. The world’s first modern novel was written by a Spaniard. The famous tale of Don Quixote was written in 1605 by author Miguel de Cervantes and has become one of the world’s most popular books, translated into 140 languages, and regarded as one of the greatest ever written. The story centres on the antics of a hidalgo from La Mancha named Alonso Quijano who apparently loses his mind and becomes a knight-errant called Don Quixote de la Mancha who aims to revive chivalry, aided by his squire Sancho Panza.

15. The oldest restaurant in the world in continuous operation is located in Madrid. According to the Guinness Book of Records, El Restaurante Sobrino de Botín opened in 1725, although its celler dates back even further to 1590. It has been said that the flame in its oven has never been extinguished, burning constantly for almost 300 years so that the oven is ready to roast from morning to night. Its speciality dish cochinillo asado (roasted suckling pig) is even mentioned in Ernest Hemingway’s novel ‘The Sun Always Rises’.

17. There is a town in Andalusia called Coria del Río where around 650 of its inhabitants bear the surname “Japón”. This identifies them as descendents of the first Japanese diplomatic mission to Spain in the early 17th century led by samurai Hasekura Tsunenaga to visit Felipe III. An embassy was established and six samurai remained.

18. The first stapler was invented by a Spaniard. It was designed and created in the Basque Country as a gift for the French King Louis XV in the 18th century and it was said that the royal seal was engraved on each staple. He used the device to keep his decrees together.

19. Spain has 49 UNESCO World Heritage sites, ranking it fourth in the world behind Italy, China and Germany. The sites include the historic centre of Córdoba, the Alhambra, Generalife and Albayzín in Granada, the historic city of Toledo, the historic walled town of Cuenca, La Lonja de la Seda in Valencia, and the Palmeral of Elche.

20. Until 2021, Spain held the European record for the amount of rainfall in 24 hours. And it fell in Xàbia! During the great deluge of October 1957, weather stations in the town collected more than a metre of rainfall in one day during a storm in which witnesses explained that it seemed as if the sea rose up into the air and crashed down onto the town, destroying many buildings and killing two people.