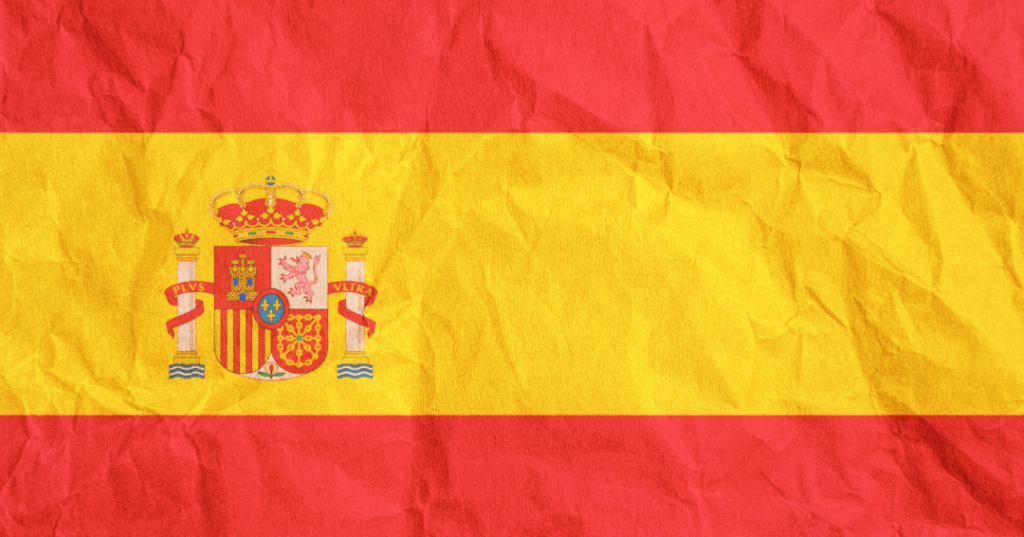 The Conocimientos Constitucionales y Socioculturales de España (CCSE) is a test to determine your knowledge of the Spanish Constitution and how much you know about Spanish culture, history, and society. It is a PASS or FAIL test in which you must answer 25 questions – in multiple-choice format – about Spanish Government, Law, and Citizenship (60% of the test) and about Spanish Culture, History, and Society (40%).

The Cervantes Institute provides a manual (in Spanish) to prepare for the CCSE test and we have used this document to create a special feature which we think might be of interest to people, regardless of whether or not they intend to apply for citizenship in Spain.

The manual is split into five parts and we will deal with each part in an individual manner.

The fourth section is about the Culture and History of Spain. We have highlighted certain information just as the Cervantes Institute has done which indicates that it is important to know. We have also kept a lot of organizations, government departments and other references in Spanish since the CCSE test will be taken in that language but have provided a translation where appropriate.

Part 4 – Culture and History of Spain

Spain has a long literary tradition. Many authors and works are internationally recognized.

On the other hand, the two most representative moments of Spanish literature and its most outstanding authors and works are:

Spanish music has a long tradition. Among its most prominent representatives we can mention:

Spain is one of the Spanish-speaking countries that has received the most Latin Grammy awards in the last fifteen years.

In Spanish cinema, Luis Buñuel must be named as one of the fathers of the seventh art. But also to great directors such as Berlanga, Fernando Trueba, Alejando Amenábar, Pedro Almodóvar, Isabel Coixet, Paula Ortiz, Juan Antonio Bayona and Jaume Collet Serra who make Spanish cinema one of the most internationally recognized.

Spain manages theatres, national auditoriums and national artistic companies through its Ministry of Culture and Sport, such as:

Spain has a rich heritage. UNESCO has recognized 49 Spanish assets as Patrimonio de la Humanidad (World Heritage Sites) – cultural, natural and mixed assets – placing Spain as the third country with the most recognized assets, behind Italy (58) and China (56).

Another of the Spanish assets declared a World Heritage Site is the Camino de Santiago, one of the most important European artistic-religious routes.

Patrimonio Nacional is the public body responsible for the care and maintenance of artistic assets that currently belong to the Spanish State. It is an organization that makes historical-artistic heritage available to citizens for cultural, scientific and educational purposes.

Some internationally famous Spanish painters, works and museums are:

In addition to the Prado and Reina Sofía national museums, there are others that are well known internationally: the Museo Picasso in Barcelona; the Museo Thyssen-Bornemisza in Madrid, and the Museo Guggenheim in Bilbao.

Spain had a time of splendour of science in the Middle Ages, with the work of the Escuela de Traductores de Toledo (Toledo School of Translators), those carried out in Córdoba, or advances in specialties such as navigation, astronomy and astrology, in the imperial era. In the first third of the 20th century, Ramón y Cajal, Severo Ochoa and Gregorio Marañón stood out, and in the last third of the 20th century and the beginning of the 21st century, Valentín Fuster and the Barraquer family stood out in medicine; in psychiatry, Luis Rojas Marcos; in biochemistry and molecular biology, Margarita Salas, etc.

The El Consejo Superior de Investigaciones Científicas (CSIC), the largest public institution dedicated to research in Spain and the fourth largest in Europe, has as its main objective to develop and promote research to achieve scientific and technological progress.

Relevant Events in the History of Spain

Some of the most internationally known events in the history of Spain from the 13th century to the present:

1252
Alfonso X turns Toledo into a reference point for medieval culture. It is known as the city of three cultures: Jewish, Muslim and Christian.

1519
Magallanes and Sebastián Elcano begin the first circumnavigation of the world.

16th and 17th Centuries – Siglo de Oro del Imperio Español
The Spanish Empire was the first with large extensions of territory not united by land in all continents, which included the territories of America, the Pacific, Italy, and central Europe. The most important reigns of this period are those of Carlos I and Felipe II. Carlos I is considered the first king of Spain, because the Spanish kingdoms were unified with him. Felipe II governed the largest extension of territories in the world by unifying the Kingdoms of Spain and Portugal and their respective territories in America and Asia.

1705-1715 – Guerra de Sucesión
When Carlos II, the last king of the Austrian dynasty, died without an heir, a war began between the Austrian house and the Bourbons. The latter won and Philip of Anjou was crowned Felipe V.

1808-1814 – Guerra de Independencia
War of the Spanish against the French invasion and the French king Joseph Bonaparte, brother of Napoleon Bonaparte. When the war ends, Fernando VII becomes king of Spain again.

1895-1898 – Guerra de Cuba / Desastre del 98
Spain and the United States fought in 1898 in the War of Cuba or Disaster of 98. Spain lost the war and its last colonial possessions, the island of Cuba, which was proclaimed an independent republic and Puerto Rico, the Philippines and Guam became colonial dependencies of the United States.

1936-1939 – Guerra Civil
The Spanish Civil War was a social, political, military and economic conflict between the supporters of the II República, legally constituted in 1931 (los republicanos), and the rebels led by much of the military high command (los nacionales).

1939-1975 – Franquismo
Francisco Franco wins the Civil War and becomes head of the Spanish State until his death. Spain was isolated until the start of the Cold War due to the international rejection of the dictatorship. Franco’s dictatorship is characterized by exclusionary Spanish nationalism, Catholicism and anti-communism.

1975-1982 – Transición Española
The Spanish Transition is the period between the death of Francisco Franco (November 20, 1975) and the democratic elections of 1982. The transition period was led by Adolfo Suárez and the Unión de Centro Democrático party. The 1982 elections were won by the Partido Socialista Obrero Espanol (PSOE).

1978 – Referendum sobre la Constitución
On December 6, 1978, the first referendum of the Spanish democracy was held to vote for the Constitution. There was a turnout of over 66% and it was ratified by nearly 88% of the voters.

1986 – Spain’s Entry into the EEC
The Tratado de Adhesión de España to the European Economic Community (EEC), signed in June 1985, enters into force on January 1st 1986. Spain begins a new stage of economic and institutional transformation, due to European integration: member of the euro zone (January 1st 1999), of the Schengen area (March 26th 1995) and is present in European institutions such as the Council, the European Commission, the European Parliament (it has 54 representatives), the European Central Bank, etc.

1992 – Celebrations
In 1992, the Barcelona Olympics, the Fifth Centenary of the arrival of Colón in America, the Universal Exhibition of Seville and the First Ibero-American Summit of Heads of State or Government are celebrated; Madrid is the European City of Culture and the Spanish High Speed Train (AVE) is inaugurated.

Some of the most internationally known festivals, their date and their symbols are:

In Spain, other important holidays are also celebrated that appear in the work calendar approved annually in each community.

Each of the regions and areas of Spain has a rich folklore, which is the imprint of the cultures of its history (Celtic, Roman, Christian, Muslim…). In popular folklore it is worth noting:

The typical musical instruments of Spanish folklore are: the guitar, the castanets, the gaita, the dulzaina, the acordeón, the txistu and the tamboril.

Bullfighting is a show that was born in the twelfth century. This is the festival in which brave bulls are fought on foot or on horseback in a place called “bullring”. Bullfighting is also practiced in Portugal, in the south of France and in various Latin American countries such as Colombia, Costa Rica, Ecuador or Mexico.

In Spain, cultural events of great relevance are celebrated every year, such as:

To date, the Spaniards who have received a Nobel Prize are:

In Spain, the League and Copa del Rey soccer and basketball championships are very important; the Cycling Tour of Spain, as well as the participation of Spanish athletes in European and World Championships or the Olympic Games.

The Marca España project aims to promote the image of Spain, both at home and abroad, and offers information on the successes of Spain and Spaniards with international influence.