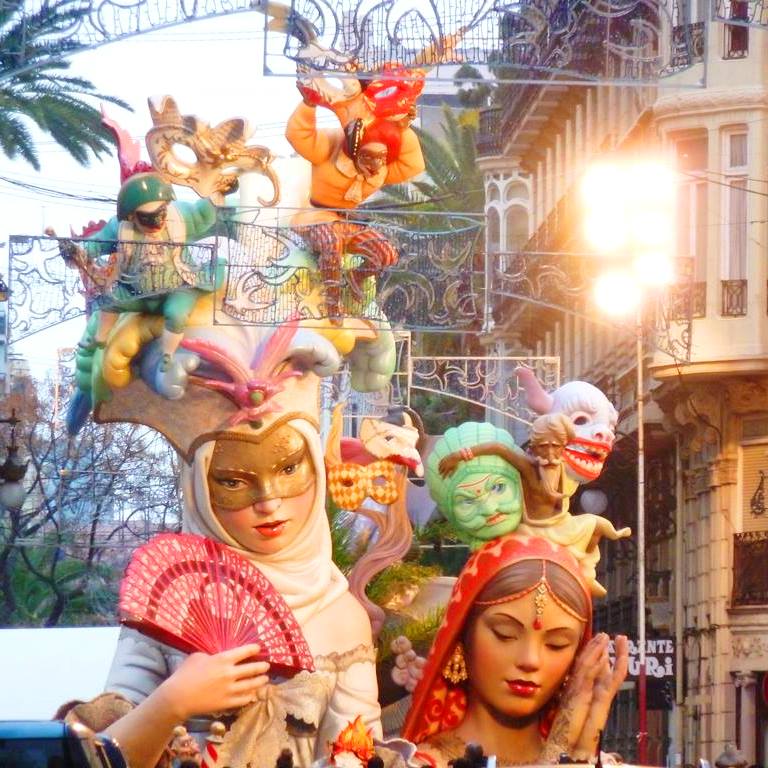 March 19 is a date to honour San José (St. Joseph), the husband of the Virgin Mary, mother of Jesus Christ, and consequently it is known as Día del Padre – Father’s Day – across many parts of Spain.

Many people attend special masses to honour the life of San José and take their fathers out for a special lunch in a restaurant and give them gifts.

In Valencia, the day is also Fallas de San José, the final day of one of the most famous festivals in Spain, and it is a public holiday in the Comunidad Valenciana as well as the Pais Vasco, Galicia, Murcia and Navarra.

The fiesta of Las Fallas is a well-known celebration featuring light, colour and fire held in the city of Valencia and across many towns in the region to honour San José. The main festivities last some five days with spectacular firework displays, deafening mascletás, flower offerings and plenty of partying, culminating on March 19 with the burning of the ‘fallas’ which are huge statues built by different neighbourhoods and are often satirical comments on the political situation of the day. Associations spend all year raising the necessary funds to create these structures – there can be more than 700 of varying sizes across the city – and prizes are awarded for the best. They are fantastic creations, often amusing, sometimes controversial, but from midnight on March 19 they are consumed by fire. All except one. This is saved by public vote and will be displayed at the Las Fallas Museum in the city.

The tradition of the fallas has long been subject to speculation but it is generally accepted that the celebrations evolved from the ancient observation of the Spring Equinox, a point in the calendar year which is still observed by the lighting of bonfires across the world. In Valencia it has been suggested that the traditions of the fallas began in the Middle Ages when carpenters burnt old wood and broken pieces of their work that had been saved during the winter to mark the arrival of spring. Over time such traditions were adopted into Catholic celebrations with the fallas becoming the celebration of the feast of San José who, amongst others, is the patron saint of carpenters whilst also becoming Father’s Day across many parts of Spain. In 2016 it was added to UNESCO’s intangible cultural heritage list.

The typical programme for the FALLAS begins on January with gala dinners and important formalities and continues through February as the sectors and neighbourhoods prepare for the main celebrations.

The world-renowned mascletà takes place in the Plaza del Ayuntamiento at 2pm from March 1st until March 19th.

There are fallas celebrations of varying degrees across the Comunidad Valenciana including Benidorm, Calp, Dénia, Gandía, Oliva, Pego and Xàtiva amongst others. but not here in Xàbia. As is common in the southern parts of the region and in the city of Alicante, our fascination with fire occurs in June, honouring San Juan with the Fogueres de Sant Joan.

In Xàbia, March 19th is merely a day off. A lot of people head up to Valencia or make the short journey over the hill to Dénia to take in the last night of the fallas. But here it’s marked by the fact that supermarkets and shops are closed. Take advantage. Have a nice lunch and siesta. Because it is indeed “another day off“.