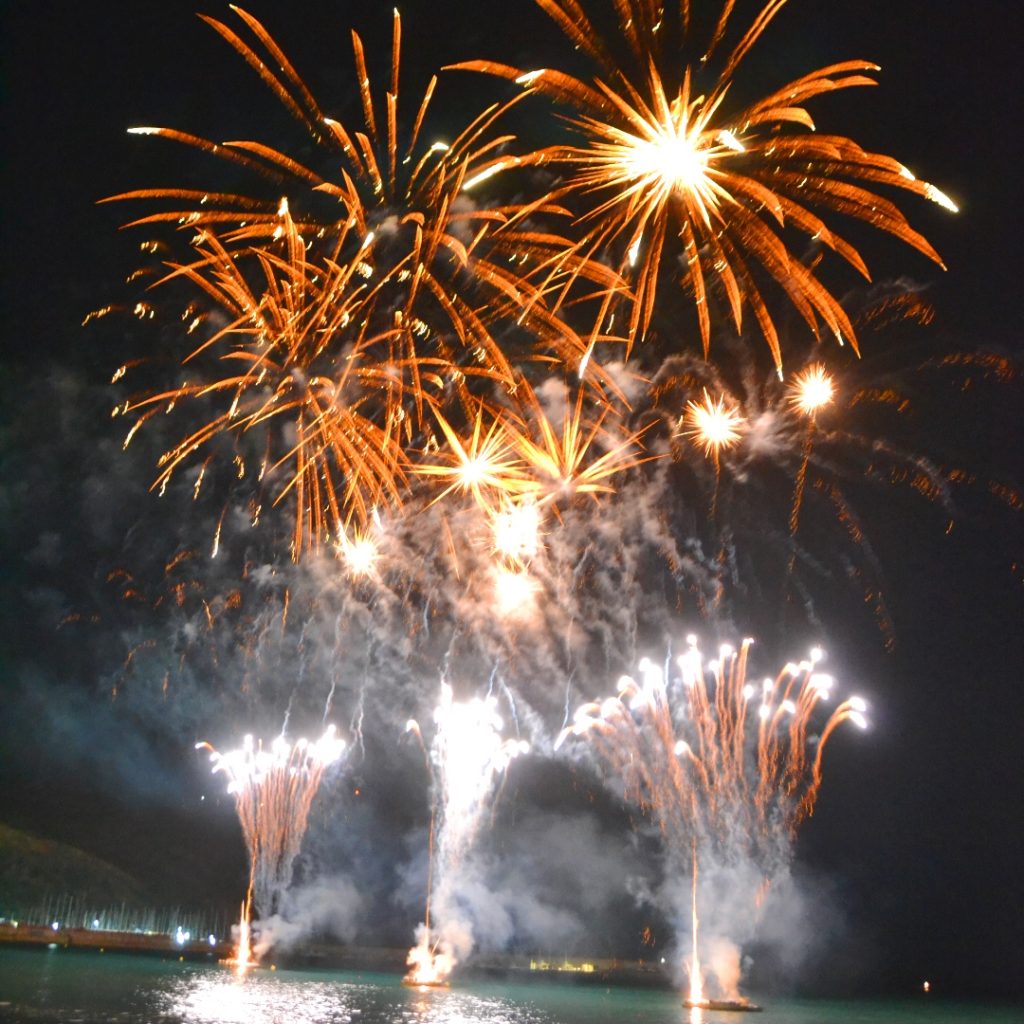 September 8th is the final day of the fiesta, a local holiday in Xàbia and the Nativity of the Blessed Virgin Mary.

As always, the day breaks with the traditional despertà through the streets of the port before the church bells ring out in celebration. After being collected from their homes, the mayorales will attend a solemn mass at midday in honour of the patron Mare de Déu de Loreto in the port church. Anyone can attend but space is limited so it’s best to get there early.

After the mass, the officials will make their way down to Avenida Jaime I where pyrotechnic engineers will have spent the morning placing rows of launchers weighted down by sandbags and strings of fire-crackers hanging a couple of metres above the ground. This is the famous mascletà, a celebration of pure noise.

A single rocket advises the imminent start of that noise and then the excitement lifts. The ‘mascletà’ has several specific parts: the start which has both sound and visual effects, the ‘body’ which grows in intensity and volume until the ‘earthquake’ which is well-named as the explosions start to rock the ground. The display climbs to a crescendo with increasing intensity until a deafening aerial bombardment brings the display to a stunning end.

That evening there is a solemn procession accompanying the image of Mare de Déu de Loreto through the streets of port. It’s a long but very important procession by candlelight, the flames struggling if there is the slighest breeze. When the procession returns to the church, the fiesta is almost over. There is just one final act to finish everything off.

Close to midnight, massive crowds will gather along the coast from the port and all way down towards the Arenal, packing the stone beaches with chairs, tables and barbecues as well as providing the beach bars with a very welcome end-of-season boost to the coffers.

Don’t bother trying to park down there; leave the car inland and walk down for there are few free spaces and it’s a nightmare getting out at the end of the evening unless one has a particular liking for lengthy queues.

Everyone has flocked to the coast for the massive firework display which explodes from the surface of the water. It has a huge reputation and rarely fails to impress. Colour explodes in the night sky, forming distinct shapes, whilst other rockets bounce along the surface of the dark sea, seemingly exploding into life from under the water. It’s a stunning display by the world-renowned Valencian pyrotechnic company Ricardo Caballer who have delighted around the world and the loud applause that always follows the end of the display is credit to their popularity.

The port fiesta is over for another year. And so is summer. Whilst the Fogueres opened it, the festivities honouring Mare de Déu de Loreto bring the season to a close, for the children are heading back to school. It’s been emotional.