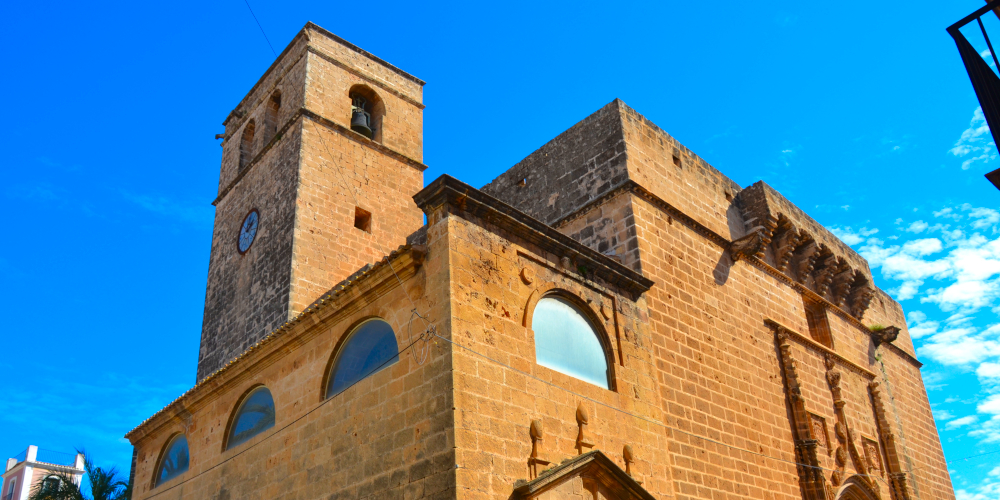 The beginning of the 19th century brought a period of conflict and unrest to the region as Napoleon’s French Imperial armies swept across the Iberian Peninsula in what the Spanish call “La Guerra de la Independencia Española” – the War of Spanish Independence.  It was essentially a battle for control of the peninsula between Imperial France and the allied powers of Spain, Great Britain and Portugal.

By the beginning of 1812, soon after the fall of the city of Valencia, forces under the command of Marshal Suchet moved south. As they approached Dénia, there was little that its residents could do. They were surrounded by walls but they had no troops to defend them, no ammunition and no food. A siege wouldn’t last long. Therefore, on January 13th 1812, they decided to surrender, and five days later 500 troops led by General Habert entered the town unresisted and occupied it. A few days later, they took control of Jávea before marching on to take Moraira and Teulada.

Throughout the first half of 1812, the French suffered from supply problems, which were partly solved by ships carrying provisions from north Africa. On March 21st 1812, 60 men from a Geonese corsair landed on the coast of Jávea and looted the town.

But they had to contend with the British Navy which dominated the waters off the coast of the Valencian region, sailing between ports that has been taken by the Grande Armée and engaging with the invaders with cannon shot. Several times, British troops landed to attack French detachments.

In August 1812, British troops landed in Jávea, taking control of the two small forts of Mezquida and La Fontana and causing much alarm in Dénia as much of the population fled the town to take relative safety in the countryside. But the assumed attack of Dénia failed to materialise. A few days later, a small squad of 30 French troops marched from Denia to find just a handful of British sailors in Jávea. Supported by guerrilla insurgents, the sailors managed to force the French into a retreat back to Dénia.

The following day, a much larger force, strengthened by reinforcements from Gandía, laid siege to Jávea for three days but they were initially held off gallantly by the guerrilla forces.   The handful of British sailors had retreated to the relative safety of their ships, taking with them almost all the nuns of the local convent who would be transported south to Alicante.

Upon entering Jávea on August 30th 1812, a virtually deserted town after much of the population had fled, the French troops came under attack from the town’s chaplain and his sacristan, who dropped rocks from the top of the church tower until the troops managed to break into the temple, overpower them and throw them from the tower, killing them both for their resistance. As the troops began to rampage and loot through the town, they found four nuns locked away in the convent next to the church. Despite a French officer promising them that his troops would do them no harm, one of the nuns fled in terror after attracting unwanted attention from another officer, who chased her until she threw herself into a nearby well and drowned, rather than be taken unwillingly.

The French commander General Habert gave permission for his troops to plunder the town and for four days they sacked Jávea and took everything they could carry back to Denia to sell.

Down but not defeated, Jávea continued to offer resistance to the French occupation, with José Antonio Catalá “El Campaner” becoming famous for leading a band of guerrillas who regularly harassed French troops in the region.  Across Spain, these combatants led one of the most successful partisan campaigns in history and led to the adoption of the word “guerrilla” into the English language.

In June 1813, having liberated towns to the south, including Jávea, a force of 3,000 guerrillas laid siege to Dénia and within a month they were reinforced with a battalion of Spanish regular troops. An offer of unconditional surrender was refused by the garrison commander and the French troops managed to hold off the Spanish forces for almost six months before finally admitting defeat and capitulating on December 7th 1813.

The Castell de la Fontana, which was built in 1424 and stood on land above the bay of the Arenal, was destroyed by British troops during the Peninsular War. The ruins, of which black-and-white photographs exist, now lay under a modern high-rise apartment building, one of the few tall buildings to be built in Jávea, and it bears a clue in its name: Torre del Castillo. At the rear of the building, behind the covered parking spaces, is a small stone wall incorporated into the landscaped gardens, a small part of the foundations of the castle which has been preserved.

Some of the castle’s surviving cannons sit quietly outside the church of San Bartolemé in the old town. They were initially removed to be placed along either side of the steep Camí Canyons to the north of the town for the inauguration of the renovated blue-domed chapel of Calvario in the mid-19th century – hence the name – before they were moved to the church square where they now lie along two sides of the ancient church, providing a place to sit and admire history.