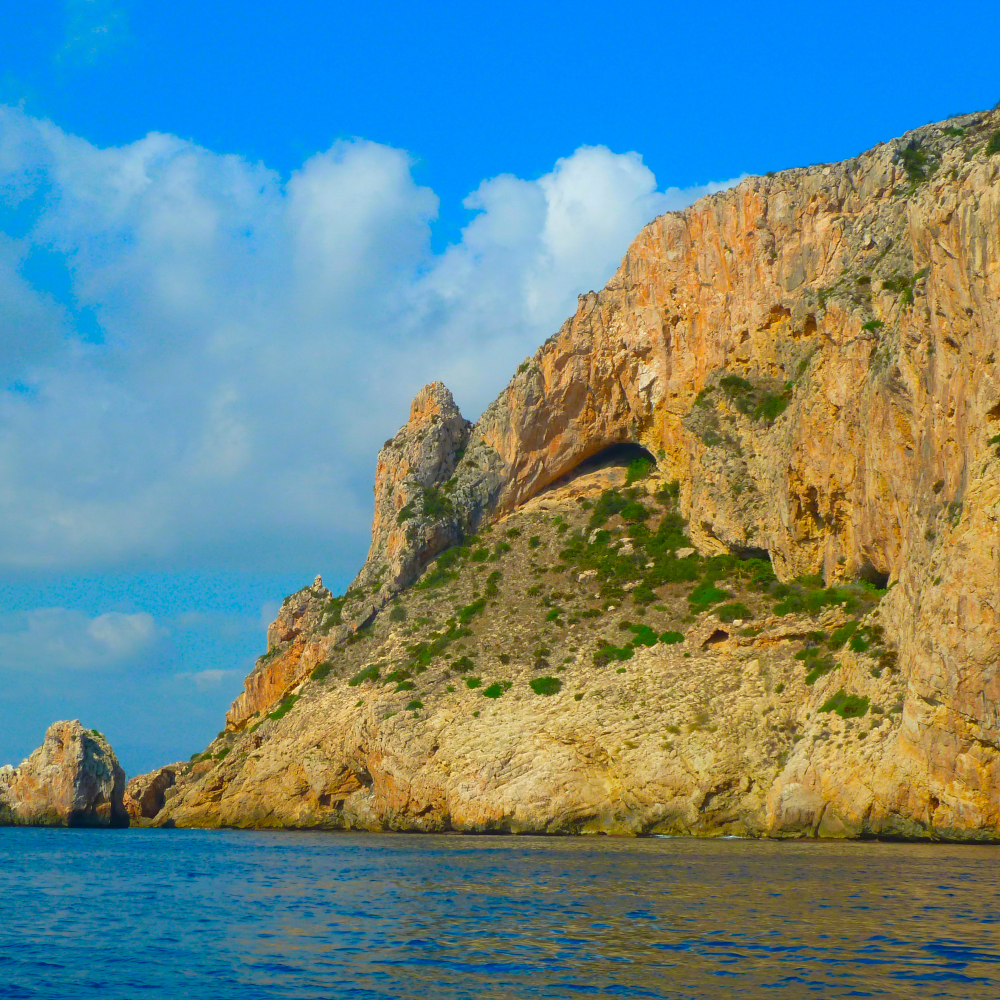 On the very end of the headland of Cap de Sant Antoni, just below the lighthouse, lie several caves known as ‘Les Coves Santes’ – the Holy Caves. They can’t be seen from the beach area, only from the sea, and to reach them is a challenge to those who might suffer from a fear of heights since they are clinging to the walls above the sea and the path does the same with ropes placed to assist.

The main cave, known as Coves Santes de Dalt (the “Upper Holy Caves”), sits at about 140m above sea level. It is some 25 metres wide at its mouth and 10 metres at its highest.

A steep slope drops down towards the sea and towards the other caves, four cavities known as Covas Santes de Baix (the “Lower Holy Caves”) and they sit between 90m and 110m above sea level.

The caves were first settled by Hieronymite hermetic monks in around 1340, a movement which sought caves, mountains, and other remote places to find the solitude and tranquillity that would allow them to become closer to God. Twelve such hermits withdrew themselves to these caves, including Sister Catalina Bas, born in Xàbia. She removed herself to a cave higher up the cliff face than the rest of the hermits and it remains known today as the cave of Sor Basota. It is exceedingly difficult to access.

It was at the request of Sister Catalina Bas that a chapel was built on top of the headland, just above the caves, in which they could worship. It was demolished at the turn of the 20th century but there are still remnants amongst the rubble of what once stood here.

The caves are under the protection of BIC status due to evidence of cave paintings probably dating from the Bronze Age. A BIC (Bien de Interés Cultural) site is one that is listed as an “Asset of Cultural Interest” for its historic, artistic, archaeological, ethnographic or paleontological value and its declaration as such means that it receives the maximum level of protection provided by current legislation.