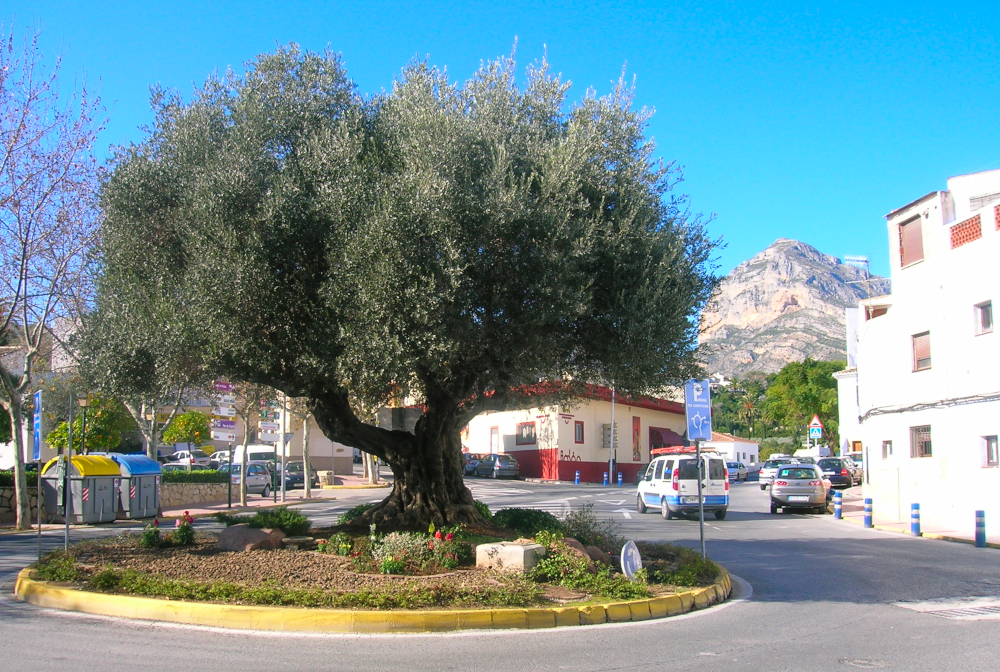 Between the early 14th century and the late 19th century, Xàbia was surrounded by high walls, defences that not only protected the village from attacks by marauders from the sea, but also provided access control into the urban centre.

Four gates existed: Portal Nou, the newest access point close to where the post office is now; Portal del Clot (San Jaime) in the south, providing a route to and from the fields in the valley; Portal de la Mar in the east, next to where Bar Trinquet is now, providing access to the sea; and Portal de la Ferrería (San Vicente) in the west, located close to El Raconet cafetería, which was the official entrance and exit of the village and a place where two roads converged, one from Gata de Gorgos and one from Dénia via Jesús Pobre. (The road across La Plana was consolidated years later).

For this reason, a place called El Fielato was established close to the main gateway of La Ferrería in a location next to where there is now a true landmark of Xàbia: the olive tree roundabout.

Now covered, there once was a ravine here called Barranc de Freginal which drained rainwater from the slopes of the Montgó down to the river to the south. Across this gorge crossed three bridges, one carrying the road from Gata de Gorgos and a second the road from Dénia, whilst a third, known as ‘Pont de Juanito’, led to the Tena estate and the zone of Colomer.

El Fielato was located next to the Gata bridge which crossed the ravine at a point which is now the beginning of Calle Dr. Borrull. On the right, as you entered the village, it was effectively a tax office that charged merchants and producers on their wares before they entered.

Practically everything that was produced in the field was subject to tax, such as cereals, olives, grapes and carobs which could be transformed into flour, oil and wine once inside the village by a series of mills and olive presses.

Close to El Fielato, there were olive presses in Calle San Vicente and Calle La Fuente as well as in what is now Ronda Sur and in the zone south of the village known as Soberano. A tax was applied on the transformed products, based on quantity and weight.

Tax was also applied to livestock such as pigs and lambs, based on the quantity of useable meat, and a butchery industry once existed in Calle Jesús Nazareno.

In latter years, when coaches arrived from Valencia, the tax inspectors would get on the bus to check if anyone had anything to declare. In many cases, the women had wicker baskets loaded with chickens, rabbits and pigeons for family and friends in Xàbia, all of which would be liable to tax before they could continue their journey.

To this day, the bus stop close to the olive tree roundabout is still known as ‘El Fielato’ as is the small square where there is a drinking fountain and a open-air exercise area.