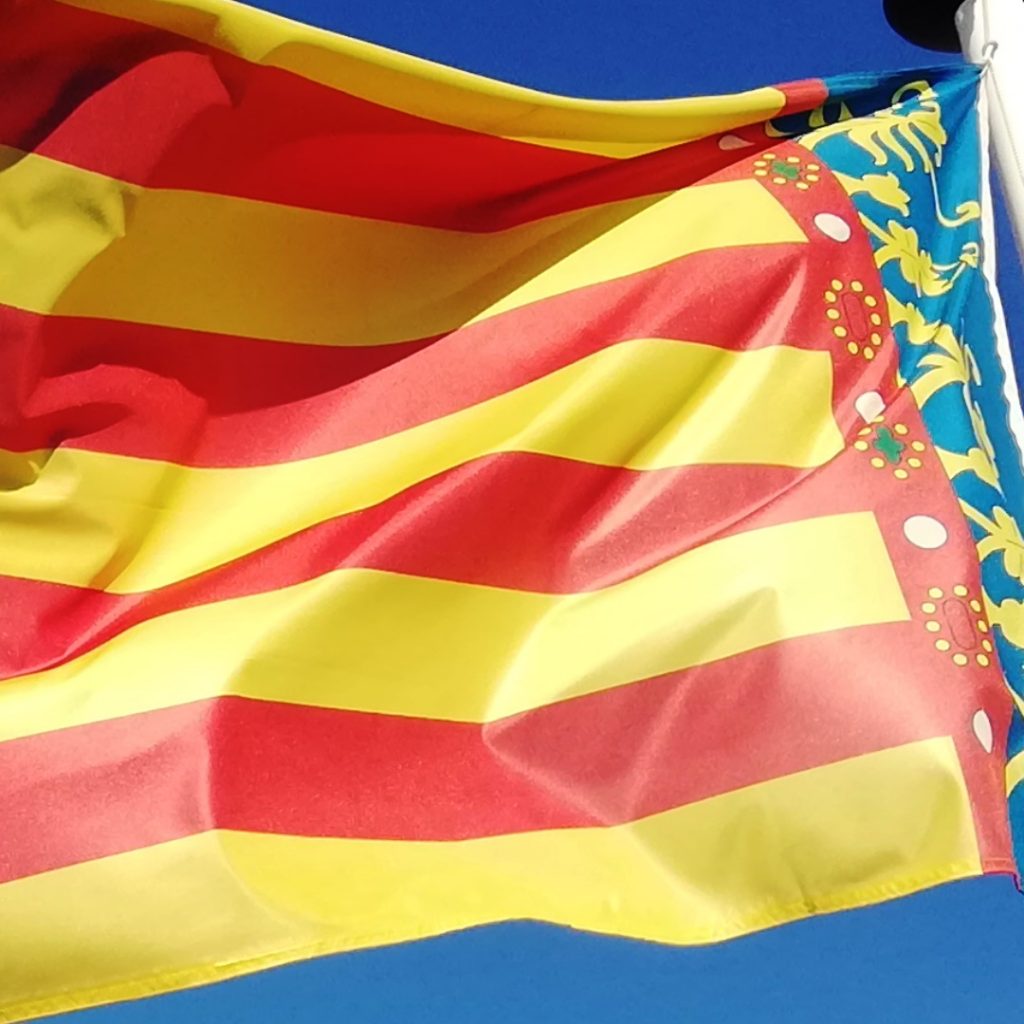 October 9th is the ‘Día de la Comunidad Valenciana’ and the date commemorates the entrance into the city of Valencia by Jaime I in 1238. It is a celebration with a long tradition dating back to the 14th century although modern celebrations have their origin in 1970s when October 9th was initially declared as the ‘Nacional Día del País Valenciano’ before becoming the current ‘Día de la Comunidad Valenciana’.

After Jaime I of Aragon failed to unite his kingdom with the Kingdom of Navarre, he turned his attention to the south and conquered the Balearic Islands before taking Valencia in late September 1238. He entered the city on October 9th and this date has become regarded as the dawn of the identity of Valencia since he not only annexed the territory but also established the Kingdom of Valencia as an autonomous region with its own governing bodies and courts.

In 1338 – the first centenary of the conquest of Valencia – the council ordered a procession to honour San Dionisio to seek forgiveness after the kingdom suffered from years of famine. Due to ill health, Pedro VI of Aragon couldn’t attend but the ‘Pendón de la Conquista’ was displayed in his place, the red-&-white banner that was used as a symbol  of surrender by the defending Balansiya troops in 1238. The banner survives, although the white bars have faded to yellow, and is kept in the Municipal Historical Archive in Valencia. The famine was lifted after the procession and Pedro determined that a procession should take place each October 9th.

The celebrations were prohibited for a time during the early 18th century by the Bourbon King Felipe V after his success in the Spanish War of Succession; the Kingdom of Valencia had sided with the Hapsburg Archduke Charles, his ‘Decretos de Nueva Planta’ effectively reducing the Kingdom of Valencia to a territory of a new unified Spain which Felipe based on his native France as a model of a centralised state. The decrees effectively created the Spanish nationality, abolishing internal borders and making no distinction between Castillian and Aragonese. Despite his determination to discourage regional identity, Franco didn’t try to do the same and allowed the procession to continue, although he did remove the festive character of the day. In 1976, during the transition to democracy, September 15th was chosen to be the national day of Valencia but was moved back to October 9th the following year and set in stone following the adoption of the ‘Estatuto de Autonomía’ in 1982.

The celebrations are much more significant to the city of Valencia and its surroundings although there are several minor celebrations across the autonomous community. On the evening of October 8th, there is a usually commemorative concert at the Palau de la Música by the Orchestra of Valencia followed by a firework display in the gardens of the old Turía river. On the day itself, there is an official reception with the President in the Palau de la Generalitat Valencia during which awards are given to different Valencian personalities, an act dating back to Pedro VI in 1365.

The Valencian flag – the ‘Real Señera’ – is then paraded from the City Hall to the city’s cathedral for a special service after which flowers are offered to the statue of Jaime I which is located in the Plaça del’Alfons el Magnànim before a ‘mascletà’ is fired outside the City Hall as the flag is returned. As the day draws to a close, groups of Moors and Christians parade through the centre of the old quarter in a spectacular show accompanied by music and dancing whilst in the Plaza de la Virgen, there is traditional dancing and music.

In Xàbia the day will be marked by the traditional prize-giving by the Ayuntamiento de Xàbia, the Premis 9 d’Octubre Vila de Xàbia awarded for solidarity and civic values in a very formal ceremony inside the council chambers.

October 9th is also the feast day of San Dionisio · St. Dionysius of France · who is the traditional patron saint of lovers so it is customary for men to give to their partners (as well as their mother) a ‘Mocadorà’. This is a scarf inside which is wrapped marzipan of different shapes and colours which supposedly represent the fruits and vegetables of the ‘Huerta de Valencia’ · the historic gardens of Valencia which have been traditionally devoted to the cultivation of rice, vegetables and citrus fruits which are exported through the port of the city. This tradition dates back to the 18th century when Felipe V banned the October 9th celebrations and as a consequence the bakers of the city began producing sweet marzipan that would initially represent the fireworks that could no longer be fired in celebration but now represent the fruit and vegetables. From the very beginning, they would come wrapped in a scarf · ‘mocador’ in Valenciano · and, along with the marzipan wrapped inside, they would be gifted by the man to the woman that he loved. Gradually, the tradition became named after the scarf and October 9th is now considered by Valencianos as the real “day of love” rather than Valentine’s Day in February. It is also a tradition that women keep all the scarves that their partner has ever given them since they started dating for they are a token of their love and should be preserved as such.