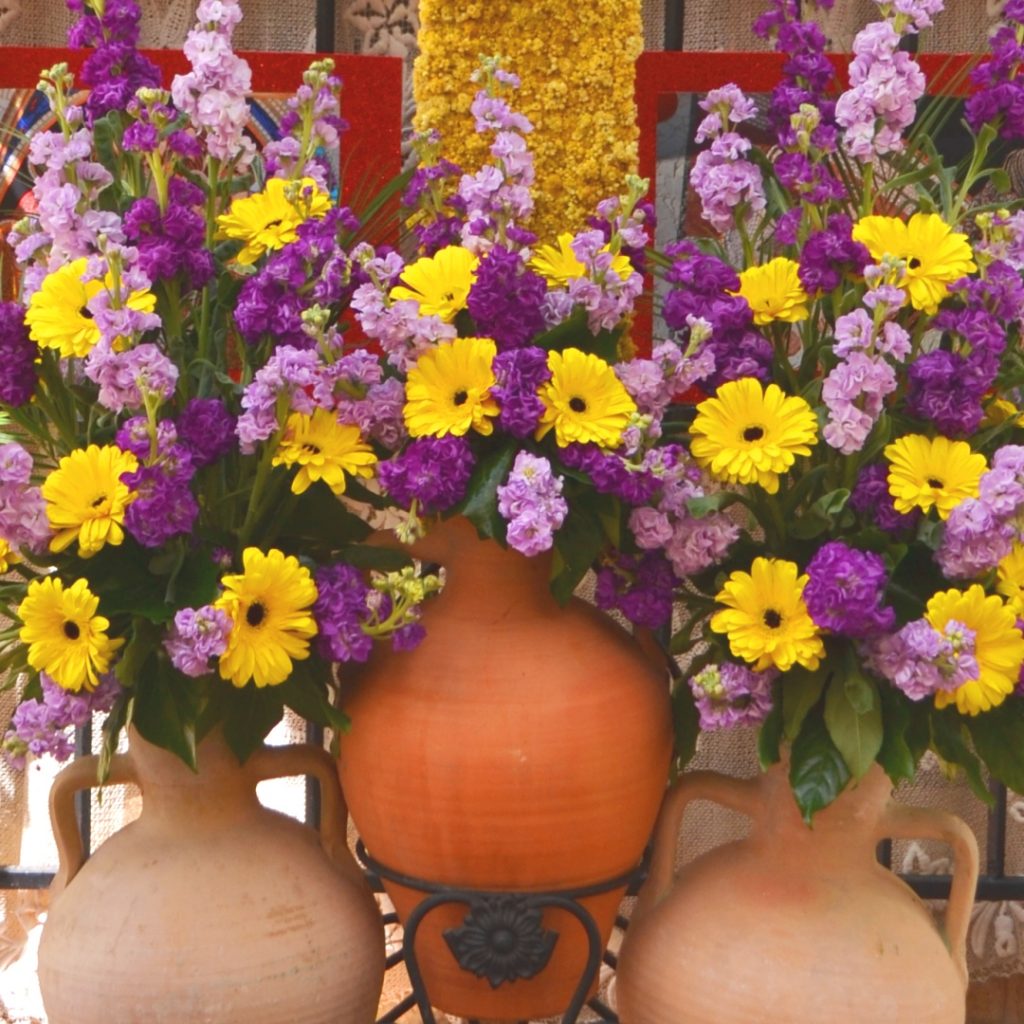 November 1st – All Saint’s Day – is a very important national holiday in Spain as it is a commemoration of the dead when Spanish families head to the cemeteries to clean and place flowers on tombs of deceased relatives as a reminder that they may have passed but they have not been forgotten. In Xàbia, the Ayuntamiento lays on special free buses throughout the day to the municipal cemetery in Les Valls for the roads around the area will be crammed with traffic. Understandably, it is an emotional time for all.

All Saint’s Day was established in the 7th century by Pope Boniface IV to ensure that all the saints could be honoured and the date chosen was May 13th. Three centuries later Pope Gregory III campaigned successfully to move the feast to November 1st, continuing the church’s policy of incorporating non-Christians traditions in order neutralise ancient customs such as the Celtic festival of Samhain and coerce more people into the Catholic faith. It was a time for fasting and holding vigils but over time it became more about remembering all the dead.

Its association with the night before – Halloween – developed through the determination of the church to try and put a lid on the fascination with death, the supernatural and the concept of wandering spirits by declaring that such spirits were evil forces associated with the devil. Thus, Halloween evolved the scary festival that is today synonymous with witches, evil spirits and demons.

As with many special feast days in Spain, there are several special dishes associated with Todos Los Santos. The ‘panellets’ are small round almond cakes which are usually covered in pine nuts that are normally accompanied with a glass of muscatel wine. They originate in the custom of leaving home-made cakes amongst other offerings with the body of the deceased.

Bakeries and other shops will also be offering traditional snacks such as  ‘Huesos de Santos’ – the saint’s bones – which are tubes of marzipan filled with a sticky yellow paste made from beaten egg yolks and sugar and ‘Buñuelos de Viento’ – Puffs of Wind – which are doughnuts sprinkled with cinnamon and sugar.

Theatre has played an important part of All Saint’s Day since the Middles Ages when a ceremony called the ‘Dance of the Dead’ was performed in which the figure of Death went in search of various characters accompanied by his retinue of tormented souls.

It has become a tradition to see a performance of Don Juan Tenorio, a famous play written by José Zorrilla and first published in 1844.

It tells the story of a legendary hero struggling to exist in a world full of gambling, womanizing and duels and opens with a bet to see who will do more harm in a year. He appears to be succeeding but his soul becomes more and more lost and by the end of the performance he must face his ghosts and only love will be able to save him from eternal hell.

The Fira de Tots Sants in Cocentaina is one of the oldest fairs in Spain, dating back to the mid 14th century when it was granted by Pere el Ceremoniós – the king of Valencia from 1336 to 1387 – and this year (2022) celebrated its 676th edition.

Declared a Festival of International Tourist Interest in 2009, it attracts more than half a million visitors over its five days who enjoy more than 800 different stalls, guided tours, sports, live music and entertainment. There is also an exhibition of all the latest in farm machinery, heating systems, solar panels alongside the conventional stalls offering cheeses, cured meats, fruit and vegetables, clothes, footwear, household items and much more. There is street entertainment with minstrels, jugglers and jousters and plazas filled with street food stalls serving meats, sausages, potatoes and plenty more for the hungry. And for the children, there is a special medieval funfair which offers a chance to enjoy games and rides dating back to the Middle Ages.