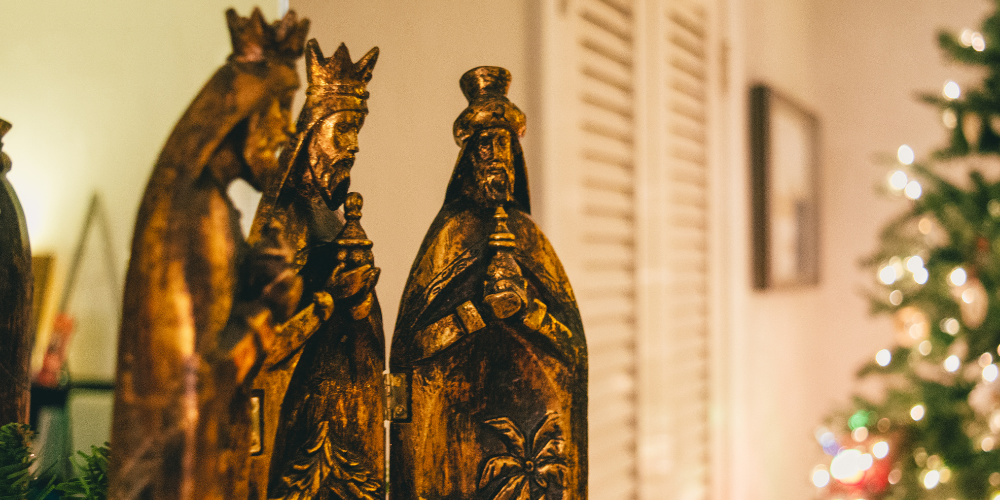 January 6th is a national holiday in Spain – a red day – and marks the end of the Christmas celebrations, celebrating the arrival of Three Kings – or ‘Wise Men’ – bearing the now-familiar gifts of gold, frankincense and myrrh, who wish to adore the infant Jesus, God incarnate.

The word ‘epiphany’ is Greek is origin and means ‘manifestation’ or ‘appearance’ and it is thought that the celebration originated in the Greek-speaking eastern part of the Roman Empire to honor the baptism of Jesus. The earliest reference of Epiphany as a Christian feast was in 361 CE by Roman soldier and historian Ammianus Marcellinus.

In Spain, the night before Epiphany, the Three Kings will have delivered presents to sleeping children, who will have polished their shoes to a dazzling shine and left out treats for their Majesties and their camels before they went to bed, still true these days even as the commercialisation of Christmas in the form of ‘Papa Noel’ continues to impose itself on tradition, although, as a way of compromise, many families now give out presents at both Christmas and Three Kings.

The day itself – January 6th – is a time to relax and prepare for the return to the normal routine of school and work. Families often get together for a big lunch, either at home or at a restaurant, the children showing off their new toys and evading attempts to keep them still at the dining table. They will, of course, anticipate the arrival of the ‘Roscón de los Reyes’, a doughnut-shaped sweetbread covered in fruit sweets, inside of which there is a figurine and a dried bean. Find the figurine and you’ll be crowned king for the day (and will have to wear the crown). However, find the bean and you’ll have to buy next year’s Roscón!

And that’s it. Christmas done for another year …

Have you taken your decorations down yet?

In many countries, it has been tradition to take down the Christmas decorations in the house on Twelfth Night – the night before Epiphany – but others leave them up until February 2nd, the date of Candlemas, which marks the end of Epiphanytide. Indeed, in some countries, those who fail to take them down on January 5th must leave them untouched until Candlemas.