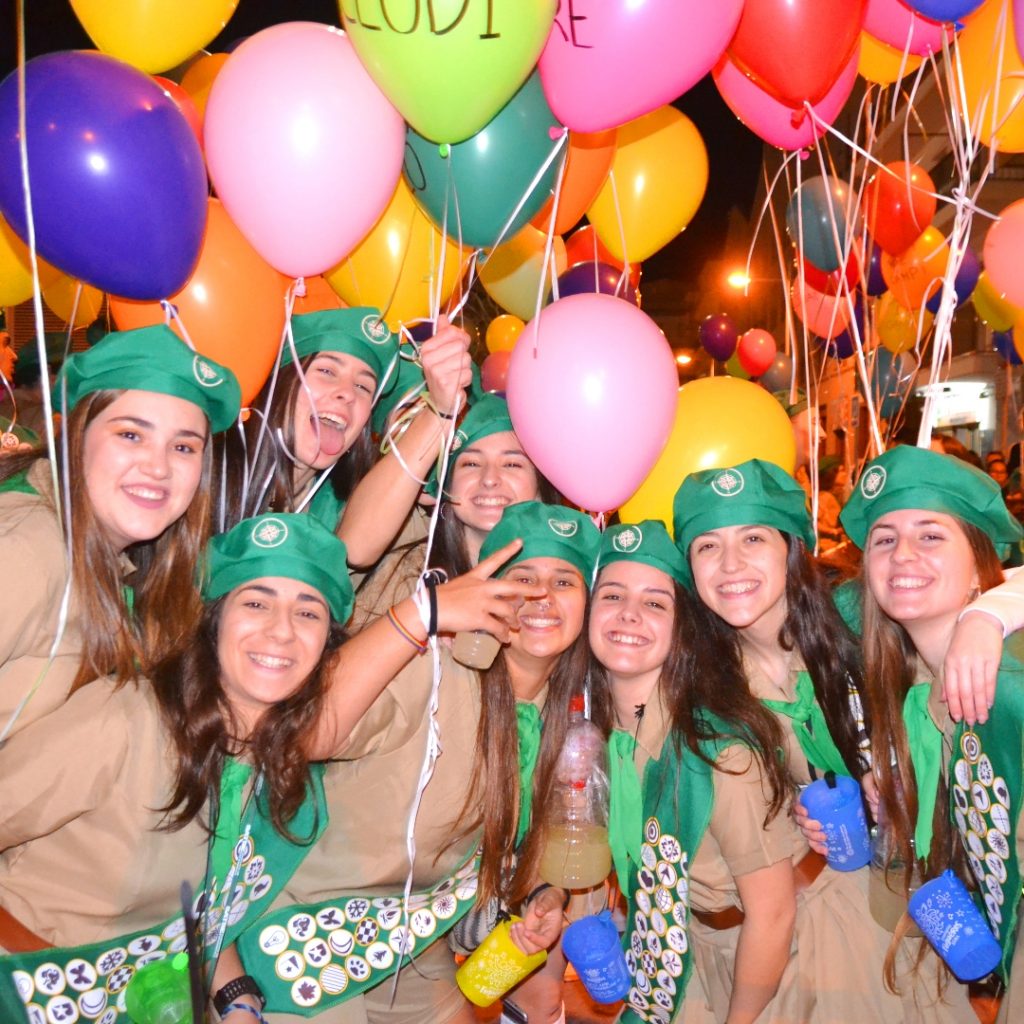 A few weeks before Easter, Xàbia enjoys its annual Carnaval celebrations with two special fancy dress parades through the streets of the historic centre, the first for the younger members of the community and the second, later in the evening, for the grown-ups who will be able to dance into the early hours in the Plaza de la Constitución. It’s a symbolic event for some, the start of almost six weeks of moderation. For others, it’s a party extraordinaire, a chance to dress up and have a little fun with friends.

Carnaval is a Christian festive event which precedes the season of Lent, the 40 day period before Easter. It is usually marked by excess, over-consumption before the abstinence, before adherents fast and give up certain luxuries. The name ‘carnaval’ is said to have been derived from the Latin expression “carne levare” which broadly means “farewell to meat”, signifying the approaching period of that fasting. In recent years it has become more synonymous with grand gala parades such as that in Rio de Janeiro in Brazil, often dubbed “the Greatest Show on Earth” which attracts some two million people each day.

The biggest carnival in Spain takes place in the Canary Islands in Santa Cruz de Tenerife, considered the second most popular after Rio so it’s no surprise that it is twinned with the Brazilian city. Its origins lay back in the 17th century and it is so popular that it is broadcast on national television. On the neighbouring island of Gran Canaria the Carnival of Las Palmas is just as big and there were even controversial proposals to join the two.

On the mainland, one of the oldest pre-Indo-European carnivals in Europe takes place in Navarre in the villages of Ituren and Zubieta at the end of January and symbolises the eternal struggle between the forces of good and evil, between light and darkness, winter and spring. Men dress in sheepskins and colourful conical hats with ribbons then march through the village with whips and large cow bells strapped to their bodies which ring in a solemn almost threatening rhythm. The rest of the villagers dress up as witches and demons and scatter as the young men approach.

The carnival of Cádiz is also one of the best known in Spain which dates back to the 16th century and has a more Italian flavour. It is now an event marked by its determination to face the big problems of the day through sarcasm and irony rather than stress the glamour of the costumes.

The Carnaval de Solsano in Catalonia is one of the longest, lasting for more than a week, and is best known for the hanging of a stuffed donkey from the top of the church bell tower. Legend has it that a donkey was once lifted to the top of the tower because it wanted to eat the grass at the top. Now the locals, known as ‘mattarrucs’ – the “donkey killers” – haul a stuffed version up the side of the tower – which then relieves itself on the crowd by use of a water pump!

Here in the Comunidad Valenciana, the Carnaval de Vinaròs has been declared an event of Regional Touristic Interest after once being prohibited. There is a great costume parade, dancing and singing as well as a confetti and flour battle and it all ends with the “Entierro de la Sardina” – the “Funeral of the Sardine” – which is a final procession which concludes with the burning of a symbolic figure, usually crafted into the shape of a sardine. Through this act, the excesses of the carnival are destroyed.

Whilst Xàbia lays on more modest celebrations, one of the biggest carnivals in our region takes place in Pego and people travel to the town from all over to enjoy its celebrations which include a children’s parade during the morning, an adult’s parade in the evening and dancing and music well into the early hours.