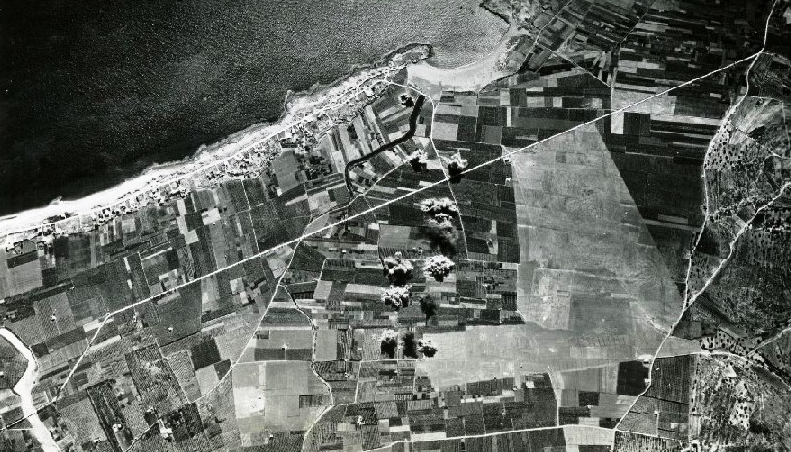 On Saturday 18th July 1936, an army commanded by General Francisco Franco crossed into Spain from northern Africa to spark one of the most devastating wars of the 20th century – the Spanish Civil War. Over the next 32 months, rebel forces, known as the ‘Nationalists’, battled those loyal to the government of the Second Spanish Republic – the ‘Republicans’ – for control of a country that was struggling to reform itself in the modern world.

For much of the war, the eastern seaboard of Spain was Republican territory and indeed the city of Valencia became the temporary capital of the government between November 1936 and October 1937. As a consequence, the region was subjected to bombing from the air by allied Italian air forces based over 200 kilometres to the east on the island of Mallorca. Dénia particularly suffered, its residents taking shelter in a tunnel built under the castle, but Xàbia remained ignored by the bombers.

That all changed in 1937 when an airfield was created on flat agricultural plots just inland from the Arenal beach, bounded by the roads of Cabo de la Nao and Camí de Cabanes, which accommodated a number of Soviet-built Polikarpov I-15 biplane fighters known as ‘chatos’. This airfield formed part of a grand defensive line stretching from Cap de Sant Antoni to Portitxol, which included bunkers and anti-aircraft batteries.

As a consequence, Xàbia was added to the list of targets by the Italian bomber squadrons and bomb shelters were built in anticipation of their arrival in the skies above the town; there were five in the town (Avenida d’Alacant, Carrer Roques, El Mercat, La Placeta del Convent and El Fielato) one in the port (which has recently been re-discovered), and another in the Portitxol zone.

The airfield, which lay in Sector I of the Republican 4th Air Region, had two runways of 1000 metres and 920 metres in length, running almost perpendicular to each other, and was serviced by a fuel depot, a command post, a guard post and a munition depot.

On the morning of 23rd July 1938, less than 48 hours before Republican forces launched an offensive that resulted in the ‘Battle of the Ebro’, the longest and largest battle of the war, Xàbia’s airfield was targeted by Savoia-Marchetti SM-79 Sparviero bombers from the Italian 8th Stormo Bombardamento Veloce – “the Falcons of the Balearics” – which took off from their base at Son Sant Joan airfield in Palma de Mallorca.

Three planes dropped their payloads over Xàbia, hoping to cause extensive damage to the airfield. Bombs from the lead plane impacted close to the Fontana Canal and the Arenal beach, a few hundred metres short. Those from the second plane exploded close to where the tennis club is today, injuring a farm owner and his son but killing their donkey, apparently struck perfectly on the head by one of the projectiles. Bombs from the third landed in orange groves and vineyards on the very northern edge of the airfield, on to Camí dels Morers and the estate of La Bardissa. A total of 36 bombs were dropped, 24 100lb torpedo bombs and 12 20lb incendiary bombs, but the airfield remained largely unscathed.

The airfield was never attacked again and at the end of the war, the land was returned to its owners. And, as for the donkey, it was buried in the hole made by the bomb that hit it.