The Madrid Opera company presents a great concert with the most famous arias by the most recognized tenor of all time.

In the tribute to Pavarotti that we present, the personal and musical life of the maestro unfolds through all the great arias and songs that made him immortal.

A journey that takes us through great operatic titles such as La traviata, La bohème, Lucia de Lammermoor, Tosca, Rigoletto, as well as famous Neapolitan songs such as Core ‘ngrato and O sole mio, without forgetting popular pieces of all time such as Granada or My way.

The concert will culminate with the teacher’s most characteristic aria, which he performed throughout his career: Nessun dorma.

The presentation concludes by recalling a famous phrase by Luciano Pavarotti that gives meaning to this concert: “I think that a life spent in music it is a life spent in beauty, and this is what I have devoted mine to.” 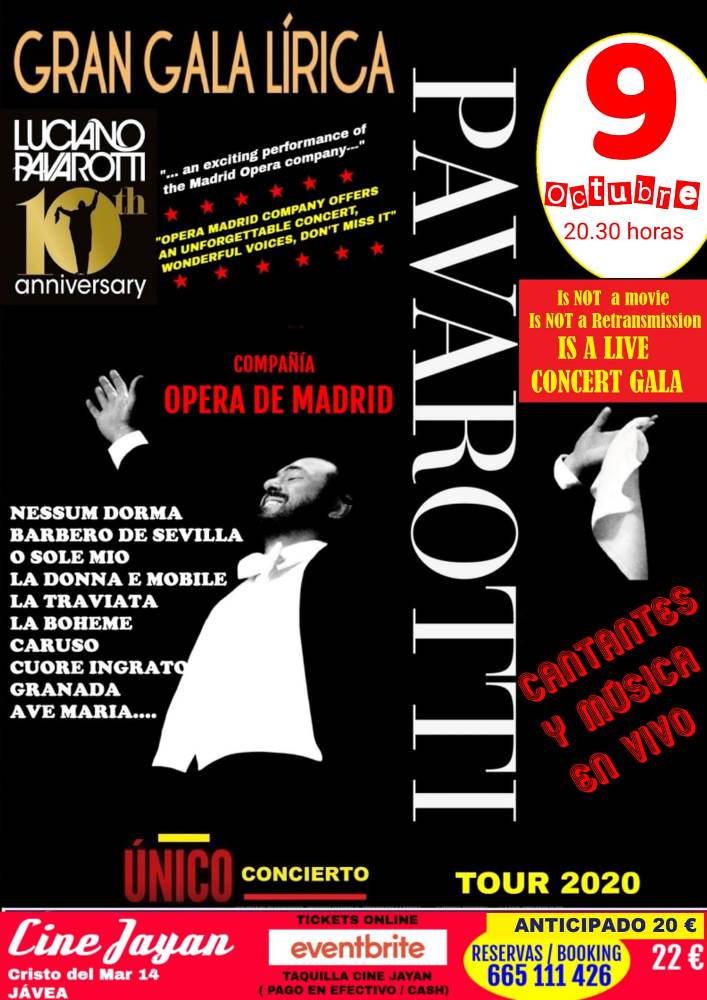