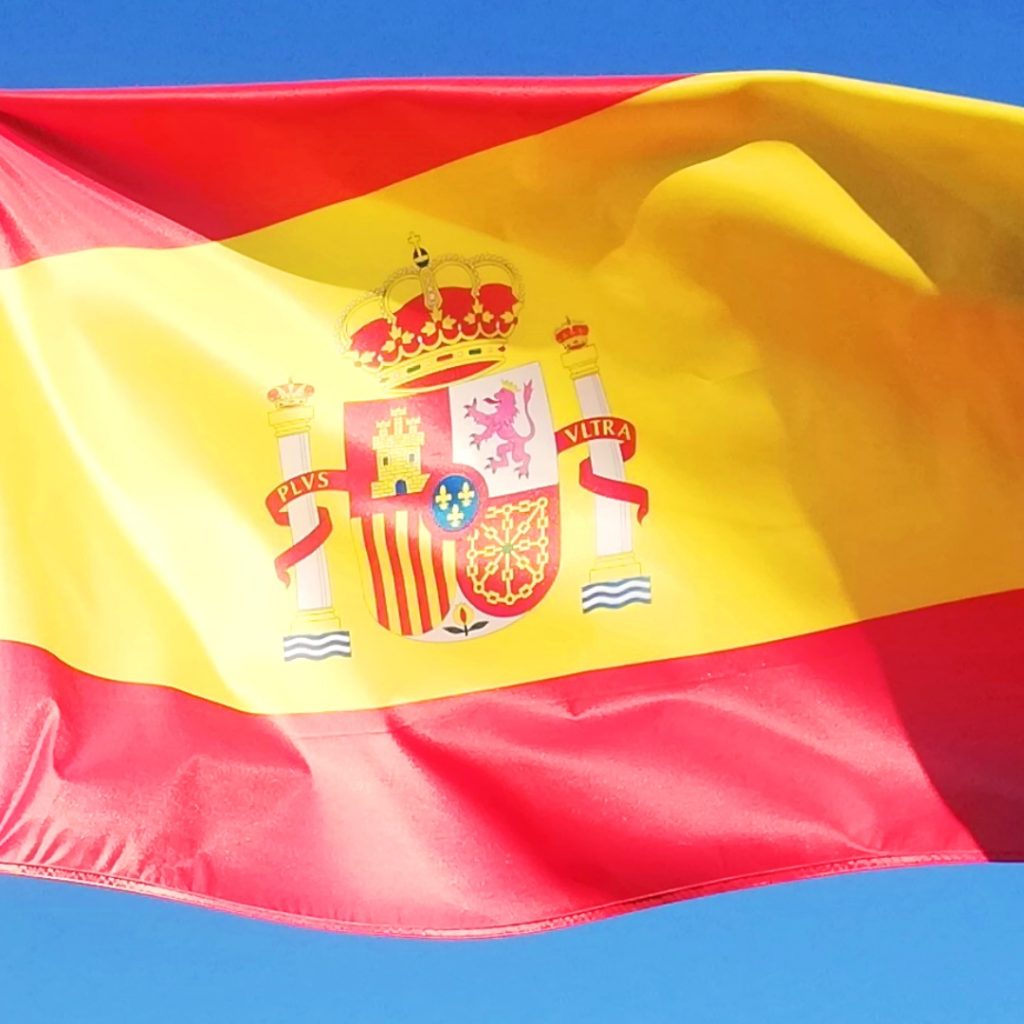 Hot on the heels of October 9th, the Valencian region’s special day, comes Spain’s national holiday, October 12th ‘Fiesta Nacional de España’. Not that you’d notice much, especially in this part of the country, aside from being another day off. There’s plenty of excitement in the capital Madrid though where Spain’s military might parades through the streets and in Zaragoza where ‘Las Fiestas del Pilar’ are celebrated with a ten-day festival. And there will be celebrations of varying degrees in many of the big cities.

Modern celebrations date back to 1935 when the first festival was held in Madrid to honour the ‘Día de la Hispanidad’ to emphasise Spain’s connection with the international Hispanic community in sharing a common heritage. In 1981 October 12th became a national holiday by royal decree and by 1987 it had been re-named as the ‘Fiesta Nacional de España’ to become one of the two national non-religious celebrations in the country, the other being the ‘Día de la Constitución Española’ on December 6th.

The Discovery of America

On October 12th 1492 the Genoan trader-turned-explorer Cristóbal Colón – Christopher Columbus – landed in the Bahamas after crossing the Atlantic Ocean in five weeks from the Canary Islands. His expedition was financed by the Spanish monarchs Ferdinand and Isabella who were looking for a unique opportunity to enter the spice trade with Asia. Colón was convinced that there was a westward route to the profitable East Indies, thus avoiding the land route which crossed dangerous territory after the fall of Constantinople to the Ottoman Turks in 1453. There is a tenuous link between this landmark moment in history and Xàbia with local legend claiming that the narrow Isla del Descrubidor sitting off the beach of Ambolo was named after a local sailor called Bartolomé who was in the crew of the famous expedition.

Of course we now know that Colón wasn’t the first European to travel to the Americas; Leiff Erikson had led a Norse expedition across the North Atlantic some 500 years earlier to settle in what is now Newfoundland in Canada. But the Genoan’s voyages heralded a period of European exploration, conquest and colonization which shaped the modern Western world. In the Americas today is known as ‘Columbus Day’ in the USA and the ‘Día de la Raza’ in Latin America which commemorates the first meeting between Europeans and the indigenous people. More than half-a-billion people across the world speak Spanish in a clear testimony to the former glory of the Spanish Empire. However it had become an uncomfortable legacy which resulted in that name change in the mid-1980s to remove all reference to Spain’s historical colonialism.

The capital of Madrid becomes the centre of national pride on October 12th and the huge military parade through the centre of the city is the clear highlight of the celebrations, even broadcast live on national television on TVE La 1. King Felipe VI, often flanked by his family, will take the salute of the many companies that will march smartly past them. Thousands line the streets hoping to catch a glimpse of the royal family but the loudest cheers are often reserved for the Legión Española, the Spanish equivalent of the French Foreign Legion, who march past at an amazing speed of some 190 steps per minute, more than twice the standard of 90 steps per minute.

October 12 is also the feast day of Nuestra Señora del Pilar. According to tradition, James the Greater, one of the Twelve apostles of Jesus Christ and patron saint of Spain, was preaching on the banks of the Ebro river in the ancient city of Caesaraugusta (Zaragoza) when the Virgin Mary appeared on a pillar in front of him accompanied by angels. James had been disheartened by his mission to convert the people of Iberia to Christianity but Mary assured him that people would eventually convert and that their faith will be as strong as the pillar on which she was standing. Before she left, James was instructed to build a chapel on the spot and a modest building was indeed built before being destroyed with other Christian shrines, although the pillar stayed intact after being protected by the people of the city.

Numerous churches were built on the site throughout the years but the current Basilica-Cathedral of Our Lady of the Pillar was completed in 1754 after almost 75 years of construction work and a statue of the Virgin Mary rests upon a pillar, supposedly the pillar. Since it was the first apparition of the Virgin Mary to the Hispanic people, the feast day is on October 12th with Pope John Paul II praising El Pilar as the “mother of the Hispanic People’ during his visit to Zaragoza in 1982. ‘Las Fiestas del Pilar’ are celebrated in the city each October, a ten-day festival of music, dancing, processions, concerts, bull-running and the all-important flower offering to the virgin on the 12th itself.

Today is also a special day for the Guardia Civil, a national police force and the oldest law enforcement agency in Spain founded in 1844 during the reign of Isabel II, since the ‘Nuestra Señora del Pilar’ is the organisation’s patron saint and there will be celebrations of varying degrees at almost 2,700 barracks around the country.

Finally, save some sympathy for thousands of girls across Spain who have been named after a marble pedestal, although their full name is most likely to be María del Pilar.

Pilar was also the name of Ernest Hemingway’s boat and a nickname for his second wife Pauline as well as a character in his book ‘For Whom The Bell Tolls’.