The Festes del Portitxol were revived in 2010 after a 50 year absence from the fiesta calendar in Jávea. They are essentially a celebration of the traditions of Valéncia, two days of traditional music and dancing as well as games for all the family.

The fiestas were originally in honour of San Martín after whom the nearby cape is named and they were held in May until 1910 when they were moved to August to avoid clashing with the large celebrations in honour of Jesús Nazareno. Their revival is largely thanks to the efforts of the Grup de Danses Portitxol whose members work hard to keep alive these traditions in Jávea. Representative Isabel Martí explained that the group was named after the zone because it has not yet been overrun by modernisation of the town.

Since their revival, the celebrations have followed a familiar pattern. Avoiding the heat of the day, the festeros gather in the early evening on a large open area in front of a house opposite the tosca stone cross of Portitxol which will normally have been decorated especially for the occasion. Parking is at a premium and it’s advisable to either leave the car at home and utilise a local taxi or park a little way down the Carretera del Portitxol – sometimes there is an arrangement to use the car-park of the Xàbia International College – and walk up to the cross.

Everyone is afforded a very warm welcome and there are T-shirts and other merchandise available to buy so you can really feel part of the fiestas. It’s important that local culture and traditions are kept alive and any chance that it will be better understood by the foreign community of Jávea is always a bonus.

The first act of the day is normally a musical wander around the village of Portitxol, a distance of barely a kilometre, accompanied by the ‘dulçaines i tabalets‘ of the Colla Portitxol, the talented musicians of the group.

The short procession passes by the stone cross of Portixol and climbs up the steep and narrow Carrer Illa which affords some great views to the south over Cap de Sant Martí and the island of Portitxol. The road then levels out and passes through the “village”, curious residents and holidaymakers peering through fences and hedges in response to the tunes being played by the musicians. The road curves around on its return to the main street and a superb view opens up to the north right along the coast of the bay of Jávea to the mountain of Montgó and the protective arm of Cap de Sant Antoni, a timely reminder of the cultural differences that exist in Jávea; traditional instruments playing whilst the modern tourist resort stretches out into the distance.

The procession returns back to the start, the participants – and that includes you – sometimes gathering around the stone cross for photo. It’s usually hot so there are drinks and snacks available on the return. Normally the cold granizado – essentially a lemon slush puppy – is free but you’ll have to pay for a cold beer; a sugary cake is sometimes given out as well.

As the sun begins to drop towards the bulk of Montgó, there is usually a performance by a renowned Valencian musician / singer / comedian – sometimes all three combined – who will entertain the crowd with a few songs and stories. Unless you speak Valenciano, it can be difficult to follow but it’s still a chance to work on that integration. Sometimes a neighbour might lean over and explain the punch-line in Castellano; if in doubt, grab a cool beer and laugh when everyone else laughs! Sometimes people may get up to dance during the music; you could get encouraged to join in!

As the sun continues to sink, everyone is asked to leave the area so that the organisers can lay out long tables for the community supper later on in the evening. To keep everyone entertained, the main road will have been closed to traffic for an hour or so and those who fancy it take part in the dancing in the street, a long line of dancers joining in a traditional dance that stretches down the road as the sun finally dips behind the mountain.

At around 10pm, the number of festeros will have grown markedly and there will be a lot of cool boxes and baskets laden with food. There is controlled chaos as people claim positions at the tables but it’s all quite friendly. There is plenty of food placed on the table – make sure you bring some with you! – and don’t be surprised to be offered dishes from your neighours.

This is your golden chance to try something different; quite often your neighbours on the table might have baked a traditional dish of which the recipe has been passed down through generations; others might have brought along exotic fruit from their gardens. It’s all very pleasant and very comfortable – and the more times you come along to things like this, the more chance you have of making good friends.

There is also a tombola to participate in. The volunteers will walk around the table with floded bits of paper stapled close and sell them for a euro each. Buy a few – contribute a few euros to the organisation of the fiesta – and open them. If there’s a number inside, you have won a prize. Simply head to the bar area and hand over your ticket. It’s almost certain to be a potted plant of some sort but there have been some other great prizes such as free Pilates sessions, bags and other accessories.

After dinner, the area rocks to the sound of live music until the early hours of the following day. The bar is doing great business and new friends are being made. Familiar tunes pour out of the loudspeakers and it’s hard not to get up and join in the fun. In fact it might be impossible if your new friends have anything to do about it!

On Sunday morning, not so early, the Colla Portitxol will dig out their dulzainas i tabalets for the traditional wake-up call that is so quintessentially fiesta. There may be some bleary eyes but to be honest this isn’t one of those all-consuming big fiestas which puts many people out of action for several days.

As the day begins to heat up, there is usually a communal brunch during which you’ll be able to try some complementary sardines cooked on a grill – with plenty of salt – and then dished out with butter beans and tomatoes. Once again, it’s all very informal and all very comfortable.

After brunch, it’s game time, mostly traditional, some quite familiar. And it’s for all the family. A perfect way to bring a very traditional fiesta to an end.

THE MUSICAL INSTRUMENTS
The dolçaina (also known as a ‘xirimita’) is a traditional wind instrument of about 30cm in length, the origins of which can be traced back to Mesopotamia over 5,000 years ago, and is a quintessential part of the fiesta in the Valencian region. 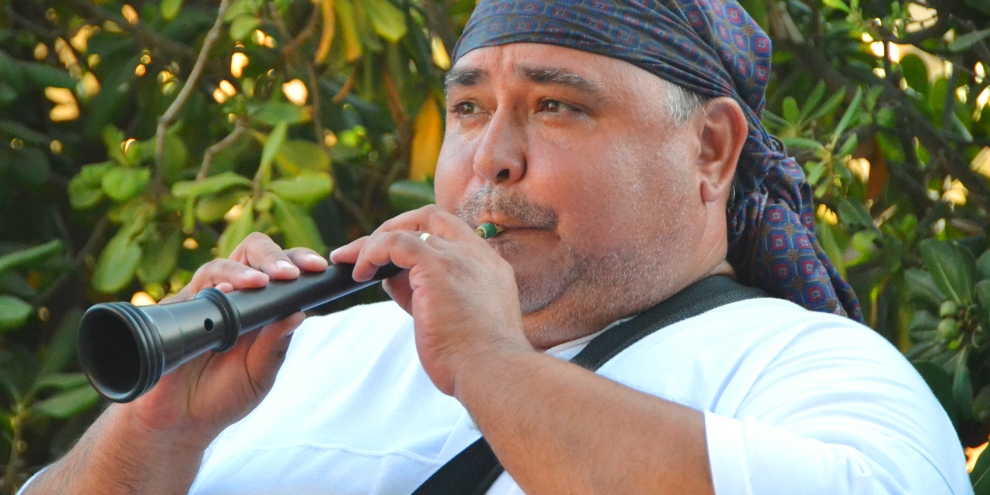 The tabalet is a percussion instrument of up to 50cm high and up to 30cm wide. The skin is normally from goat or sheep or even, very rarely, dog or deer. These skins are traditionally tightened with ropes or leather straps. 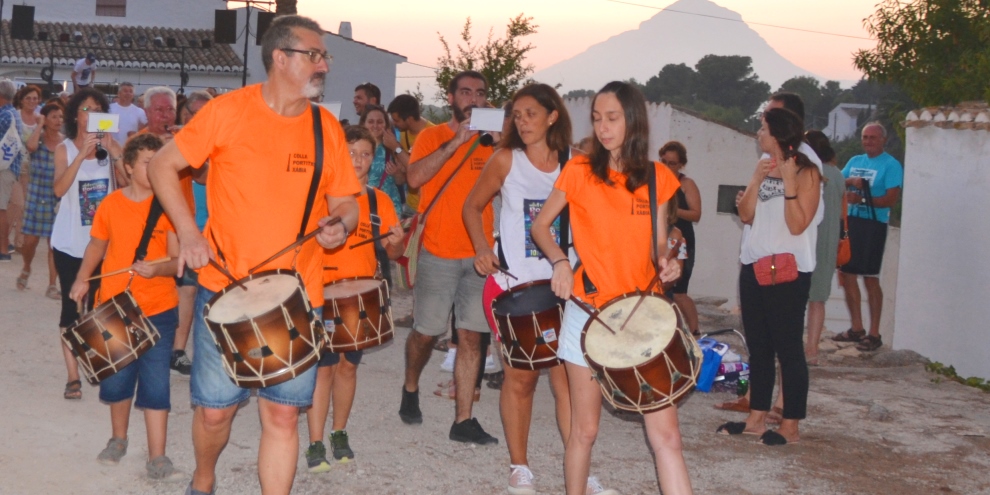