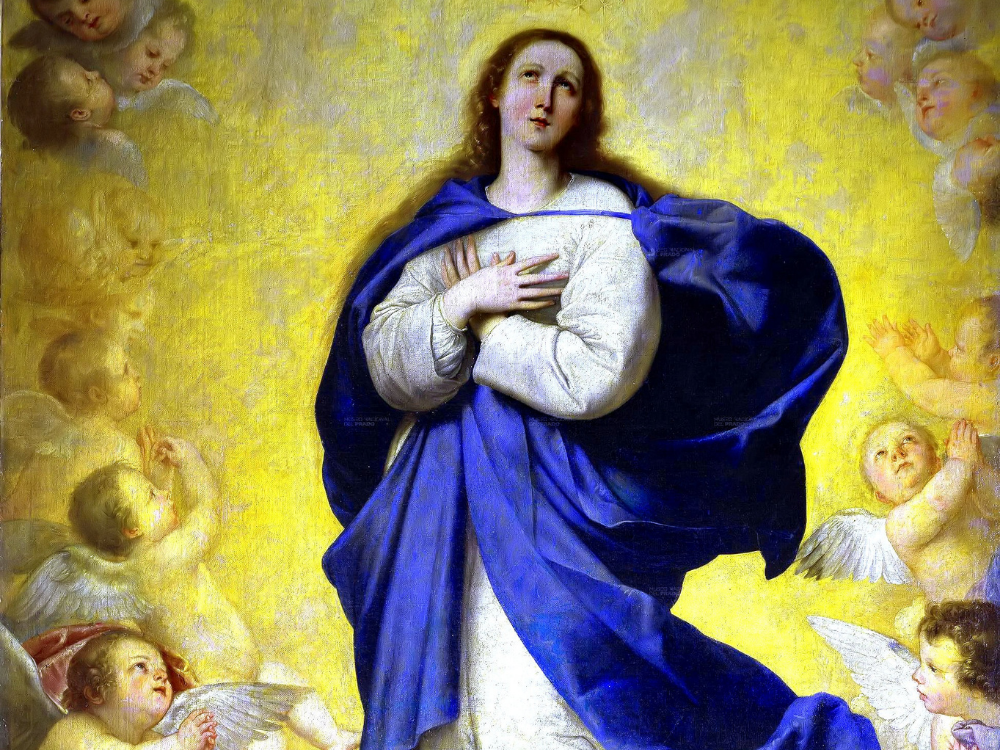 December 8 is a national public holiday in Spain which marks the Catholic doctrine of the conception of the Blessed Virgin Mary in the womb of her mother Saint Anne. The church teaches that Mary was conceived by normal means but that God acted upon her soul at the time of conception to keep her ‘immaculate’ and free from original sin. It is one of the most important Marian feasts in the Catholic Church calendar and is considered the official start of the Christmas season in Spain.

Traditions vary across regions in Spain. In Valencia, it is marked by a celebration of the  ‘Cofradías de las Hijas de María’ (‘Sisterhoods of the Daughters of Mary’) when each year up to a dozen single young women around 18 years old will sign up to become members of a ‘cofradía’ devoted to the adoration of the Virgin Mary in a local parish. They will wear a very important outfit of a black gown with a ‘teja y mantilla’ on her head, a comb holding up a piece of black lace. For the next year, the young women will participate in parish activities and raise money to pay for the celebrations of December 8th.

Down in Sevilla, there is a special service in the city cathedral with children performing centuries old traditional dances known as ‘Seises’ whilst the night before the streets of the city are filled with singing minstels known as ‘los tunos’.

Otherwise, in general there are no major processions or parades, it’s a quiet day off with devotees attending a special mass at their local church and enjoying a family meal together.